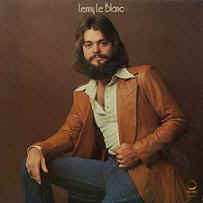 Available now on:
Update Required To play the media you will need to either update your browser to a recent version or update your Flash plugin.

Lenny LeBlanc 1976 – Digital Album. This was Lenny’s first solo recording. Recorded in 1976 in Muscle Shoals, Alabama and was released on Big Tree/Atlantic Records. This album had two releases, the first was self titled “Lenny LeBlanc”.

Six months after the first release Elvis Presley died and Atlantic re-released the LP and titled it “Lenny LeBlanc – Hound Dog Man”. Lenny had cut a song called “Hound Dog Man” that had been written about Elvis years before his death. One week after Elvis died the record company released the New LP and a Single cut of the song to radio stations and it instantly became a Top 50 hit on the Billboard Charts. Glen Campbell later recorded the song and had a hit as well.

Lenny was also the first artist to record “Sharing The Night Together”, which later became a hit for Dr. Hook. The song was written by Lenny’s writing partners Ava Aldridge and Eddie Struzick.